Menu
back to all

No Limits Training at Living Beauty!

Justwent to the grocery store. I am making some dips tonight in my Thermomix so I bought lots of fresh ingredients for my dips, plus fruit and veg for the week ahead. I have gone a bit green smoothy crazy and today I had celery, lettuce, pineapple, lemon.

Today”s blog is all about having NO LIMITS. The limits we put on ourselves in our own head are the reason why we may not achieve the goals and dreams we desire.

Living Beauty training has no limits. Whether you want to get a six pack, lose a few kilos of body fat or be a hot sportsmodel, it all can be done! All my clients are living proof and once you have done a program with Living Beauty you take on the lifestyle forever. I can change your habits and change your body.

I make it happen through a meal plan that has all the nutrients you need, so you do not crave junk foods. I write your training programs to target specific areas of your body and change them up regularly to get results.

And, whether you are interstate, overseas, a busy executive or time poor mum, we always remain in contact as the internet can be used at any time of day or night.

I am going to share the story of Ali McPherson who travelled overseas during her 20 week program. We kept in touch via email and communicated with photos and weight milestones to help Ali stay focused on her goal. She achieved it and looks incredible!

“I decided I wanted to do a sportsmodel program with Amelia at Living Beauty. I started in May 2010 with the aim to compete in two competitions in September 2010. However, I had a holiday booked for 4 weeks in July/August. We (my husband and I) had booked flights, hire cars and accommodation and we were not changing or cancelling our plans! I told Amelia of my travel plans at the start and she assured me that she would write me a diet and exercise plan for my time overseas.

So our departure date of July 15 was approaching and I needed to get organised. I made sure I had enough supplements to last for four weeks of travel.

I rang the airlines and the airports about taking food on the flights. Generally it”s okay to take on but can”t be taken off the flight into the next country. So I made up enough meals for the 14 hour flight over and filled up my small esky. Sometimes it was hard to work out when I would eat with the time differences, but I worked it out. I asked air hostesses for hot water for my oats and they were usually willing to oblige.

Other items we took overseas were a cutting board, sharp knife, cutlery, my kitchen scales, measuring cups and Tupperware containers.

So we arrived in LA where we had one night. We went to a Ralphs supermarket where I stocked up on food as our next stop in Belize (Caye Caulker) was more isolated and I was sure wouldn”t have the availability of food. I had booked a self contained cottage in Belize as I wanted to have a kitchen so I could cook and have a proper fridge too. We actually managed to buy chicken breasts in Caye Caulker and there was a mini George Foreman grill to use for cooking. The main problem on Caye Caulker was green vegetables, or the lack of! All I could find was cucumbers and tinned beans, so I had two cups of these twice a day. Not very tasty! Lucky it was only four days. There was no gym on the island so I ran for cardio which was fine, but the humidity was quite high. For weights I did a program which Amelia had written using resistance bands which I had brought with me. I did it on the balcony overlooking the ocean which was awesome!

Next stop was Cancun in Mexico. I had booked a hotel with a gym so working out would be easy. Food was hard though. I had to empty the mini bar so I could keep food cold. And couldn”t do any cooking, so protein was mostly tinned tuna I had bought in America. Vegetables were hard to find and I bought a tin of halapenos not realising they were hot! One tour we did had a buffet lunch and I filled my Tupperware with lettuce and cucumber to keep for tea that night. Mexican food does have some healthy options and we ate out having the most awesome fajitas and tacos.

I was quite glad to arrive back in the US, as it meant variety! I bought snow peas and devoured them, tasted so good!! We spent the next ten days driving from Dallas/Fort Worth in Texas to Indianapolis in Indiana. We always stayed in hotels with a fridge and microwave, and I also made sure they were close to a gym. The diet plan was generally easy in the US and I stuck to my one cheat meal a week. In the US we discovered Whole Foods Market – LOVED IT! A buffet of healthy foods to eat. I tried so many new foods including edamame, kale, bulgur, quinoa and numerous flavours of tofu. It felt like a cheat meal but wasn”t – awesome!

I worked out six days a week mostly, sometimes five times a week. Most of the gyms would let you purchase a 24 hour pass, so we would go in the evening and then back in the morning on the one pass.

I was often very tired on the holiday. We are quite physical when travelling and do lots of walking, so with one to two hours of exercise a day as well, I was often asleep by 9pm. I weighed myself when possible which wasn”t very often, and would email Amelia along with photos. Even though I was tired from the program I was relaxed from being on holidays. I was determined to do it all!

We spent a week staying with my good friend Bronte and her husband Alex in Indianapolis. Bronte is a model and has eaten clean for the past 15 or so years. She is my inspiration for doing the program. I had no problem in this part of the holiday. Bronte took us to her gym to work out and had the best array of clean food ever.

Last stop was Vegas which was a little challenging. No fridge or microwave, but did have a gym at the hotel. I had to make my oats with the hot water out the bathroom tap which wasn”t actually hot, so not very tasty! Lucky there was a Whole Foods nearby to buy some lunches and dinners. Subway salads were also frequent.

Before I left on the trip Amelia said she would be happy if I returned the same weight, but I was determined to keep losing. I certainly didn”t want to gain anything. All in all I lost 2kgs while travelling, and I”m so proud of this. Numerous people told me I would gain weight on holiday, but for me going on holidays is not about eating but rather seeing the sights.

Amelia was very supportive and encouraging during my trip away and made the whole program easy for me while travelling.‚Äù

I hope you enjoyed Ali”s story and it has made you realise there are NO LIMITS!

Have a great weekend. 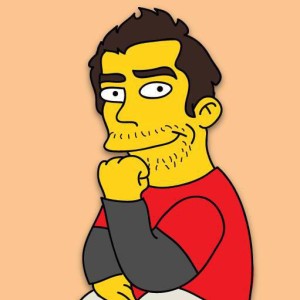